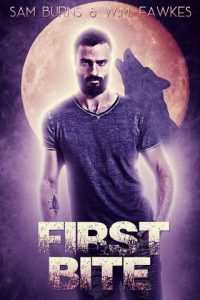 A lone alpha on the edge. A veteran home from war. One bond that will save them both.

Indigo Baros left for the front line two decades ago, and his contract’s up, but when he gets state side, nothing’s how he remembers it. His family’s gone, scattered to the winds or dead, but an inheritance from his grandfather offers him a place to settle down. He doesn’t know what’s next after a life of loyalty and violence, and for the first time since he was a teenager, he’s got no one to tell him which way to march.
Riley O’Sullivan is an alpha without a pack—his choice. Werewolves are dangerous, brutal beasts, and he wants no part of that life. But a nearby pack is unsettled by an unattached alpha. They start to put pressure on him to join up or get the hell out of dodge, but Riley’s always been the kind of alpha to stand his ground, and he won’t be run out of his home so easily.
When Indigo gets caught in the middle of pack conflict, it may cost him his life, but if he’s lucky, he’ll find the new purpose he’s been missing.
First Bite is an MM paranormal romance serial novel. Join Indigo and Riley as they tame their beasts and fight to survive . . . and find somewhere to belong. Full of hurt/comfort vibes, isolated loner alpha types, and one incredibly special cat named Felix.