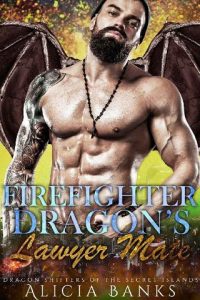 A lawyer assigned to protect a young girl’s legal rights as she faces numerous arson charges, but her duties suddenly extend much farther than the law. As the situation spirals into areas a lawyer doesn’t tread, it might be time to call in reinforcements.
Lawyer Gretchen Klein
I was out of my league helping my client, especially when she wouldn’t help herself.
When I called for help, the man that responded was more than willing.
My attraction to him was immediate when he showed up.
But I don’t know where the lines needs to be drawn to keep it professional.
He’s the fireman that might be able to help my client.
But he’s starting an inferno with me when we’re together.
Elliott Cadell
I never thought teaching my brother’s class would find me my mate.
But when the lawyer called, arson wasn’t the only thing causing flames.
When I discovered the black magic surrounding her client.
I knew I had to save her no matter what.
And she has a secret that I can’t figure out.
But I will, before we both combust.
Can Elliott provide the answers that Gretchen needs to protect her client? And why are things getting more difficult instead of easier? And what is the secret that Gretchen is hiding? Can they figure out the curse around the client before they both get burned? Or will their lust for each other end up causing an explosion?