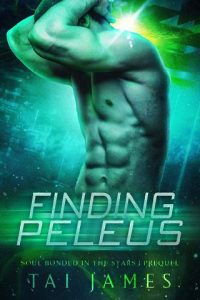 Trauma closed off her heart. Tradition forced him to rebel. Love could change everything.

In less than a day, Ariadne’s entire world changed. Growing up poor in the Terce district of Phaenon, she never hoped she could get a coveted spot at the Academy in the Medic Division, but she did. It is a dream come true, one that allows her to build a better future for herself and her family. Studying to become a Medic is tough enough, but her world is thrown into chaos when she meets her soulmate. Experience tells her men like Peleus aren’t to be trusted—even if they’re undeniably irresistible.
Peleus has it all – dimples that make women swoon, mesmerizing green eyes, and enormous wealth. He seemingly has no troubles in the world. His future is predetermined, but that doesn’t work for him. Following the family tradition of joining the Atlantean Military is what’s expected of him, but Peleus wants something else.
When he meets Ariadne, he’s sure she’s his soulmate, but that’s not enough. She’s jaded and has walled off her heart from the possibility of love because of who he is. Now he must not only convince her to open her mind and her heart, but he must convince his family that his radical ideas are worthy of respect.

Will Ariadne and Peleus overcome the obstacles they face and embrace what the future may bring?