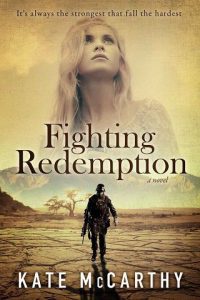 Ryan Kendall is broken. He understands pain. He knows the hand of violence and the ache of loss. He knows what it means to fail those who need you. Being broken doesn’t stop him wanting the one thing he can’t have; Finlay Tanner. Her smile is sweet and her future bright. She’s the girl he grew up with, the girl he loves, the girl he protects from the world, and from himself.

At nineteen, Ryan leaves to join the Australian Army. After years of training he becomes an elite SAS soldier and deploys to the Afghanistan war. His patrol undertakes the most dangerous missions a soldier can face. But no matter how far he runs, or how hard he fights, his need for Finlay won’t let go.

This is a story about war and the cost of sacrifice. Where bonds are formed, and friendships found. Where those who are strong, fall hard. Where love is let go, heartache is born, and heroes are made. Where one man learns that the hardest fight of all, is the fight to save himself.