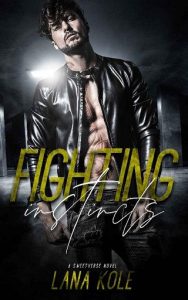 As an omega, Stellan is supposed to want a pack. Instead, he wanted Elise, another omega.
She followed her instincts. Stellan fought his.
Left behind, Stellan tries to move on with a heart as broken and bruised as his opponents after a fight in the ring. Fighting is all he has, and as an omega, he breaks all the odds. When a bid goes bitter, he’s forced to pay it back with his own blood. At least until he’s rescued by a handsome alpha and taken home to his pack.
A pack that already has an omega.
Face to face with the omega who left him, Stellan will have to fight his own instincts to find happiness.
Fate brought them back together, and this time, Stellan isn’t letting Elise go, no matter what opponents they have to face.