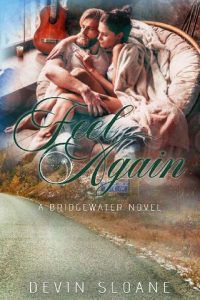 Haunted by the past, thirty-two-year-old Willa Wells has worked hard to attain a modicum of peace in her life. She has her own place, a good job, plans for her future, close friends, and a small family that means the world to her. Her life is full and she won’t allow anything to disrupt it, especially not for a chance at a happily ever after she doesn’t believe in.
Her small family begins to expand, and with that expansion comes Barrett, a sweet, wise veterinarian who looks like a Viking. If ever there was a man who could scale her walls, it would be him. While Willa would prefer to run as fast and as far as she can away from him, she knows she must fashion a place for him in her life and she does – firmly in the friend zone.
Barrett becomes a good friend and when crisis hits, he’s there. She reminds them both that friends are all they can be. Disrupting their family is a risk she won’t take. She knows who and what she is, even if he doesn’t see it.
However, Barrett sees more than she thinks. He patiently builds their friendship brick by brick but he also has a surprise for her, one he hopes will tip him out of the friend zone for good.
If Willa can free herself from the past, she can take hold of all that Barrett is offering. The problem is, she doesn’t believe she deserves it.