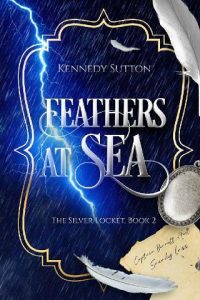 Her ruse uncovered, Jane finds herself in exile from the home and family she found aboard Sneaky Lass. What little money she had now gone, Jane’s options are to find a livelihood or starve.
Helmed by a notoriously mad captain, the lethal crew of Deceit is leaving their mark across Trinity’s many brothels. Left with no other options, Jane joins ranks, but it is not long before she learns there is no honor among these thieves and murderers.
Jane finds her position aboard Deceit to be more captive than crew.
Opportunities for escape buckle and Jane resorts to leaving desperate missives in her wake with the hope they cool the ire of Sneaky Lass captain, Bennett Holt, enough for him to reconsider her position on his ship… And in his life.
**
Captain Holt, reeling from heartache brought on by Jane’s deception, has sailed away. The sour feeling in his stomach over leaving Jane behind intensifies when he finds her notes, each more dire than the last, scattered throughout brothels and docks where the infamous vessel, Deceit, has anchored.
The irony of Dixon-turn-Jane being on Deceit is not lost on him, but is her violation of his trust worthy of being caught in the hands of a crew feared, even among pirates, for their ruthless cruelty?
Is it worth risking his loyal crew for someone who deceived them all and broke his heart?