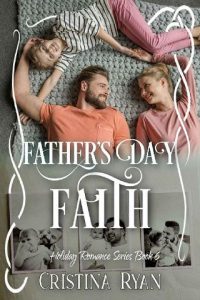 Dustin, a single father whose wife left him for another man, is ready to give love a second chance with Katrina, a kind and genuine woman who steals his heart and his daughter Julia’s when he discovers she shares their love of video games. But when Katrina reveals that she just got hired to work for Digital Life, Dustin knows their chance at romance is over, because Nick, the owner, is not only his business rival, he also happens to be the man who swiped his top employee.
When Katrina started working for Digital Life, she knew Dustin would be pleasantly surprised to learn that she’d followed his same career path and that it would bring them closer together. Instead, Dustin acts like she betrayed him, which confuses and hurts her. She thought they were on the brink of becoming a couple. Nick is only his competitor, except she’s convinced there’s something more going on. Will Katrina and Dustin be able to break down the barriers that threaten their chance at true love?