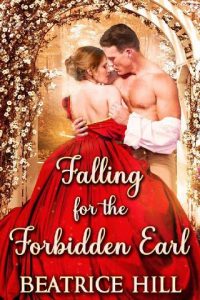 Nothing could convince her that the Earl is worth a second chance. He is a beast and a relentless rake, nothing more. Or is he?

Nothing gives Layla Veaton more satisfaction than exposing the wrongdoings and debaucherous adventures of rakish lords. Working under the employ of her brother-in-law at a local newspaper gives her a sense of fulfillment and purpose, more than any courtship would.
Her latest mystery is Christopher Eston, the notorious Earl of Darrow, the exploits of which are reported by a number of anonymous reports. Layla is set to show the ton who he truly is and will stop at nothing to achieve it. Except she never planned on being seduced by him…
When Layla and Christopher are brought together after an accident, she has no choice but to spend time with him and get to know him better. He might not be the beast society says he is, but he’s definitely no saint either. As she tries to find it in herself to give him the benefit of the doubt and win a chance at happiness in return, a new revelation will come to light; one that will challenge everything she thought she knew.