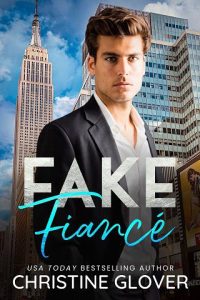 Nick Cooper wants to avenge his parents’ deaths and he’ll do anything to destroy his enemy—even proposing a fake engagement to his niece. She’s got the social connections he needs to finally force the man into a no-win deal. But he doesn’t count on the powerful attraction between them. Now he’s got to fight his desire before she realizes just how far he’ll go to damage her family.
Madeline Wainwright wants to build her career and run a community art center for low income students. After a corporate magnate buys up the property she’s using, she’s determined to stop the wrecking ball at all costs. So she agrees to the CEO’s fake engagement deal to save her center. Still there’s nothing fake about the heat flaring between them.
Now they have to choose if they’re loyal to their causes—or each other…