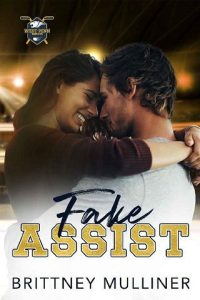 Rule #4: Captains must lead by example

Benjamin Cruz is so close to achieving his dream, just a few more months until all of his dedication and sacrifices pay off and he’ll finally make it to the NHL. He’s obeyed every rule, missed out on so much of the quintessential college experience, and keep his team in line. He just has to reach graduation without any drama, and he thinks it will be as easy as an empty-net shot until pictures surface that could destroy everything he worked so hard for.
Gracie Burns is mad. No, she’s pissed. She wasted nearly four years parading around as the doting girlfriend. A perfectly poised, always smiling, supportive robot. All because she thought, very naïvely she now admits, one day her boyfriend would propose and they would live happily ever after while he took the NFL by storm. Now she knows the truth, and she wants revenge for the years she lost. So it’s quite serendipitous that the most eligible bachelor on West Penn’s campus is looking for a picture-perfect girlfriend to score the approval of NHL scouts.
Can these two pull of the assist of the century, or are they both destined for heartbreak?