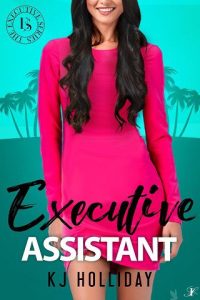 What happens when the Best Man is actually the Worst?

Katherine Pearson didn’t believe in love. Not really. Not after the childhood she had. However, she’d forever support her best friend Caroline by agreeing to be the Maid of Honor. It was unfortunate that the Best Man happened to be Eric Bowman, Colton’s stiff lipped, strait-laced, and incredibly sexy older brother. The very same man Katherine happened to have had an almost one-night stand with a year earlier.

Eric is the exact opposite of Kat in every way shape and form. It will take a miracle for either of them to make it through the weeklong destination-wedding extravaganza without throttling one another. So why does Katherine elect herself as Eric’s champion when she overhears his ex-wife conspiring against him?

In less than 24 hours, the man she swore she’d forever despise became her best man, her fake fiancé, and a royal pain in her neck. Katherine needed to prepare herself, because she was about to endure the destination wedding from hell.