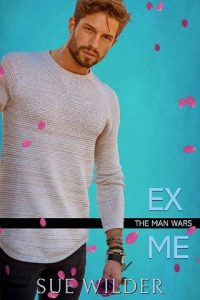 What happens in Paris should stay in Paris… right? But he doesn’t, and now Gabriel Hunter is Bexley Monroe’s new neighbor.
Gabriel is the man Bex once loved, her golden-eyed mentor, the rock-star chef she left behind in Paris. But now, he’s right next door for the three months he’ll be in Portland.
Bex tells herself nothing’s changed. He’s still her ex. Their lives are still half a world apart… except that Gabriel’s twelve-year-old niece is with him, determined to play matchmaker, with time running out.
Both Bex and Gabriel know playing with fire is dangerous. And what heats the kitchen should remain in the kitchen.
But when it doesn’t?
You get mischief, mayhem, and a Man War.