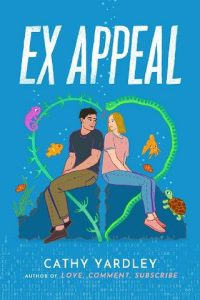 Vinh Doan has a problem. Ten million of them, in fact. He’s a high-level fixer for global conglomerates, which means big money…and big troubles. When ten million dollars go missing from one of his accounts, he needs a top-notch hacker to find it. His first thought? Emily MacDonald, his high school ex.
While Vinh has been taking the financial world by storm, Emily has been struggling. After her dad died, she dropped out of college and put her dreams aside. Her job in tech support has seriously tested her sunny disposition and her finances. Now, there’s an unexpected solution: Vinh, the guy who dumped her when she needed him most.
When Emily finally lets herself listen to Vinh’s request, she realizes that this is a desperately needed chance to get paid…and get payback. But the more time they spend together, the more they recognize that even though they’re not the same people they were a decade ago, their off the charts attraction is just as strong as ever. As they give in to their simmering chemistry, can Emily and Vinh let go of their past, figure out their futures—and hack a second chance at love?