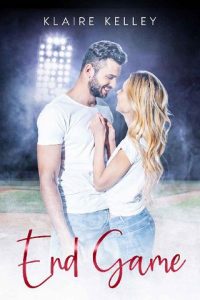 Someone slide me some tequila because I’m going to need it to get through this baseball season.
After being away at college for the past four years in Texas, I’m finally coming back home to New York to work with my overbearing, overprotective, but loving family as the new pitching coach for the Bears.
My dad, Kyle Long, was the pitching coach there until he retired and became the new owner. Now I know what you’re thinking, but I didn’t get this job just because I’m his daughter. In fact, it might have been harder to secure the job because of it. He fits the description of an overprotective father to a T. I eventually wore him down though because I’m good like that.
The only thing that could possibly rain on my parade is Asher King. The Bears newest pitcher and womanizing asshole. Yeah, he’s pretty with the blue eyes and the muscly arms that look amazing. Every girl wants him and blah,blah,blah. It’s all I’ve been hearing since the news broke that he would be playing on our team. The few encounters I have had with him have been infuriating. One incident even ended with me kneeing him in the balls, and I have no regrets. Some people might be worried that I’d end up succumbing to his charm with all the time I spend with him on the field, but I’m not ruining my reputation and career… No matter how tempting it may be, right?