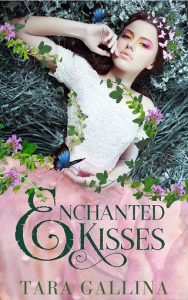 What’s a girl to do when death is the worst and best thing that can happen to her?

Nineteen-year-old Lily cares for three things above all else: nature, her mentally ill father, and her best friend, Caiden. Caiden isn’t the typical hot guy, but his eyes glow—sometimes literally—with a confidence and charm that make Lily’s heart flutter wildly.

When she kisses him for the first time, he disappears into a swirl of gold and silver that leaves her questioning her sanity. Three months later, Caiden reappears to explain what happened and who he really is, but Lily is too angry to hear it.

She needs time to figure out her feelings, time she doesn’t have because she’s being hunted by death—Death Sentries who know the truth about her lineage and want her for gifts she doesn’t know she possesses. Those gifts in Death’s hands can shift the balance between life and death on Earth and cause mass destruction.

Now, Lily must protect herself against manipulative Sentries sent to capture her, decide if she can trust Caiden, and resist or give into the explosive attraction between them.

But when she learns the truth about Caiden and his original intent toward her, Lily’s head and heart go to war. Before long, she’s left to question if her life is worth protecting or if her father and the world are safer without her in it.