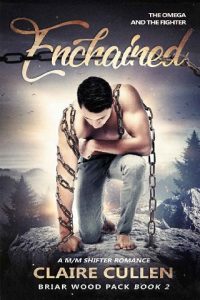 “Some people in the world you can walk right by without ever seeing them. Others, it’s like you were always meant to meet and, once you have, it changes everything.”

As the leader of his pack, Griffin is not a typical omega. As far as he’s concerned, he’s destined to be alone; unable to bond, trained to kill, and with the responsibilities of a pack on his shoulders. If he was ever to take a mate, they’d have to be unlike anyone he’s ever met. An alpha willing to stand back and let their omega take charge? Not likely.
When he finds a feral alpha fighter so dangerous he’s about to be killed, Griffin makes the ill-advised decision to intervene. He sees something more than an animal in the alpha’s eyes. But whoever the fighter was before, all that’s left is anger and instinct. Can Griffin coax the man beneath back to the surface?
‘How do you separate the man from the beast when the two are chained together, so entwined that they are one?’

The Beast knows only the fight, nothing more. He doesn’t remember a before and doesn’t trust the strange omega who comes to visit him every day, bringing food and meaningless words. Until, one day, Griffin brings a name, and a part of Beast hidden deep inside breaks free.
Beau doesn’t know how Griffin brought him back. All he knows is the omega is his anchor in a storm. When forces from outside Griffin’s pack threaten to pull them apart, he’ll do everything he can to get his omega back. He’ll fight again, even if it means losing himself once more.