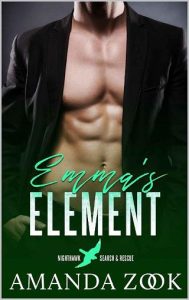 He may play a superhero on the big screen, but it’s the fierce warrior in his arms who instructs him in the mastery of true courage.

Marcus has a sexy charisma that was both inaccessible and dangerous for someone like her. The man has women throwing themselves at him constantly, it would be foolish of her to wade into that for a sexy chin dimple. But with the reverence he whispers her name, the heated glances that make her squirm, and the sublime caresses of his hand, she was a goner . . . and headed straight to heartbreak.
Avoiding the reality of his life, he hoped to stay in denial for as long as possible in order to have a little something just to himself and he wanted everything Emma’s beautiful eyes could promise. But he’d been a fool to think he could have her without the consequences of his life getting in the way. To shield her from the harsh world of his celebrity, he walked away.
When an unexpected encounter brings them back together, he feels as if he can finally breathe again. She’s everything he’s been searching for and becoming the man she loves would be his greatest role ever.
When an ultimate betrayal threatens their lives and everything they’ve built, she vows to stand by him, shield him from heartache, and cut through anyone who dared to hurt him. But will it be enough? Will he finally acknowledge to himself that they are stronger together? If they prevail, the production of their love story could be an epic romance.

Emma’s Element is the third book in the Nighthawk Search and Rescue Series. A standalone, celebrity falls for the common woman, full length novel with no cliffhanger, no cheating and a guaranteed happy ever after.