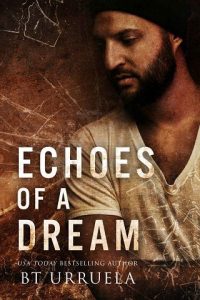 Dylan Correia has always had a special gift. At first he thought he was having a bad trip, hallucinations. By eighteen, he realized it was something different. Something powerful. It began as a wave of prickly heat sweeping over his body, causing the hairs on the back of his neck to stand on end and his eyes to slam shut. He’d see things—terrible things—in his head, and like the echoes of a lucid dream, the thoughts would stay with him for days, torturing him.
He continued ignoring the power, lying to himself, until the day he saw it on the news—a Chevy Malibu flipped upside down and burning. The same one he’d seen in his visions the night before.
After a few years away at college, unburdened by these visions through frequent alcohol abuse, Dylan reaches graduation having already started a successful vinyl and comic book store with his best friend. Everything runs smoothly until a mysterious run-in with a stranger from a top-secret government agency threatens to flip his world on its end.
There’s a new program and Dylan’s a perfect fit.

Will Dylan take the stranger up on his generous, but vaguely described, offer? Does he have what it takes to pass the rigorous training if he does choose to join the program? And at what cost to him?