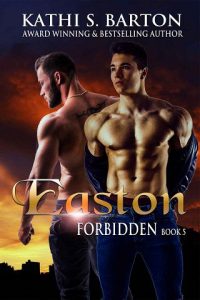 Jake Henry Cameron Brody Easton Oliver
The death of his sister and niece brought Easton back into town. He carried the guilt of not protecting her from that monster she was married to. Now she was dead, and that monster was in jail where he belonged. Easton would take his infant nephew Alex to raise as his own.

Wayne and Cara had come from the same wolf pack and had both lost their families when the new alpha took over. For years they had only had each other and loved each other like brother and sister. Wayne was gay, but he wanted a child. Cara agreed to be a surrogate and grant him his wish.

Easton had been waiting for the elevator when the doors opened. Cara was in labor and Wayne was doing his best to keep her calm as he pushed her off the elevator. When the wheelchair rolled past, Cara grabbed Easton’s hand like a lifeline when a pain hit her. In the confusion, Easton and Wayne touched hands and the connection was instant.

Easton had found his mate. Both men knew it as soon as they touched, but the past had a way of sneaking up on them. Both men had past baggage and Wayne had a secret he feared would tear them apart….