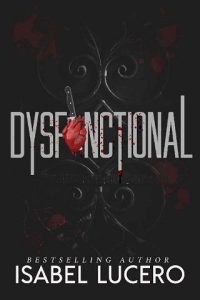 Ezra Hamilton hasn’t felt the warm spurt of blood flow through his fingers or the indescribable feeling of pushing a knife deep into someone’s flesh in a long time. Too long.
He’s been watching a man stalk women, curious as to what he’s doing with them. Ezra’s never encountered someone with similar dark tendencies before, and what starts off as genuine curiosity turns into much more when Kaspian turns the tables on him.
As their chemistry builds, so does the mistrust. They both know they can’t trust a killer, but their inner demons call to each other anyway.
When Kaspian’s impulsivity threatens to ruin Ezra’s freedom, he knows he has to stop him. Kas appears to be fixated on Willow—a woman Ezra works with. In an effort to not have to worry about her disappearance bringing heat on him, he tracks Kaspian as Kaspian follows Willow into a cabin in the mountains.
There, in the middle of a blizzard, secrets will be revealed and revelations made, but the chances of everybody making it out alive are slim.