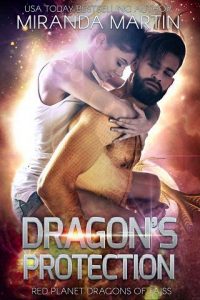 Sometimes your greatest fears bring you where you need to be, no matter how hard the road is.

Victoria:
I was stupid. Scared and stupid when I followed the racist leader of the anti-Zmaj into the desert. We were exiled from the rest of the human survivors but hey, at least I was getting away from the huge and intimidating, dragon-like Zmaj warriors. A plus right?
Then I was kidnapped by alien space pirates, stolen from the planet and forced to be their slave. Now I’m scared and alone, but I’m surviving. Somehow. I would never in a million years have imagined missing the desert hell-hole Tajss, the ruined planet that became humanity’s home after our generation ship crashed. But I do miss it.
When the pirates finally return to Tajss, a hint of the one thing I’ve denied myself blossoms. Hope. There are other humans here. Others like me. Could I escape?
Before I can act on the idea I’m kidnapped. Again.
This time it’s not the creepy space pirates. No, it’s worse. This time it’s one of the primitive, domineering alien-dragons. He’s massive and scarier than any pirate. He steals me from them and makes off into the desert with me.
I’m scared and confused to discover that the man I thought was a brutish alien is actually confident and kind. The way the light shimmers on his scales is utterly fascinating and he’s dedicated to taking care of me. The longer I’m with him the less I’m worried about surviving. Now I have to worry about losing my heart to a Zmaj.

Lothor:
The moment I see her my inner dragon decides. She’s perfect and she has to be mine.
I’ve been alone for so long. I don’t know how to talk to her, I don’t understand her language, and I barely remember my own. I haven’t spoken to another in longer than I can remember.
Somehow I have to make her understand that I’m not dangerous. I’m her protector. I’ll stand for her against every enemy. I’ll care for her and even though I can’t speak to her, my actions will win her over. In time. As long as I can carve out enough of it and defeat every threat that fate has in store for us.
She’ll learn to love me, eventually, because she is the one. The one I’m fated to find, the one my dragon has claimed. My treasure.