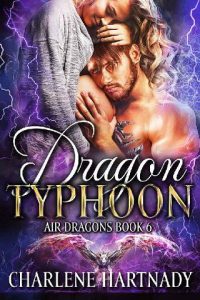 Typhoon doesn’t have a mate. It’s not for lack of trying, or interest. He just hasn’t found the right person yet. He’s pretty sure that it will happen in good time. The problem he faces is that he is desperate to have a baby. It’s all he can think about. He’s seen his friends pair up and have whelps. Typhoon even witnessed the birth of twins. It was one of the most incredible experiences of his life. Now he wants a baby of his own. He’s willing to do just about anything to make it happen.
Natalie has always dreamt of going to college, of making something of her life before it’s too late. She’s not getting any younger. The only problem is that she’s seriously cash-strapped. Her folks died four years ago, leaving her with debt and a little sister to raise. They’re barely keeping their heads above water as it is. What is she going to do? Her sister needs her to be a provider. Not just for right now, but also for the future as well.
Just as they’re about to lose the roof over their heads, Natalie hears all about being a surrogate. Why not make some money while helping a nice couple bring a child into this world? It won’t even be hers. Not really. Using their last bit of cash, she puts up an ad in the classifieds. Everything is turned on its head when a tall, sexy man walks into the room. He wants her to carry his child. Not just that, he wants her to donate one of her eggs as well. That would make her the biological mother. He’s promising to take care of all of her and her sister’s needs and to pay her a truckload of money. Life-changing money. What choice does she have? He seems nice enough, and he’ll be able to give this child everything. It’ll be tough, but she can do it…or can she?