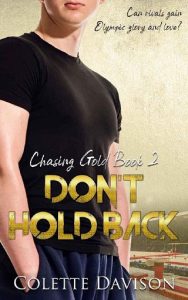 Garret has spent years training in gymnastics, but the pressure has taken its toll. Despite qualifying for the Olympics, failing to medal at the World Championships is all he can think about.
Anger is taking control and strangling his ability to focus on training, when his main rival, Team USA gymnast, Ryder Anderson, arrives at the gym to train alongside him.
Garrett wants to hate Ryder, but he can’t ignore his rival’s sunshine personality and handsome looks. Discovering Ryder is fighting a battle against himself, Garrett’s anger turns to admiration and then love.
Dating his rival isn’t against the rules, but that doesn’t make it a good idea. Can they make a relationship work despite the pressure of the Olympics, or will they crack under the strain?