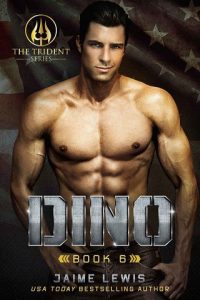 Arianna has spent the last few years in Europe working undercover for the FBI to assist in bringing down the mob boss of one of Europe’s most prominent crime families. Her fake job…Becoming Europe’s most photographed lingerie model. Using connections within the modeling industry finally pays off when Arianna is presented with an opportunity to work for the man she has been patiently seeking out. But when her cover is compromised, the FBI decides to pull the plug on the entire operation. Disgusted with how she is treated by her superiors, Arianna heads back to her hometown to lay low and re-evaluate her future in the Bureau. What she doesn’t realize is that danger follows.

Since his late teens, Dino has been harboring a secret. One that could bring harm to friends and ultimately end his career. Because of his past, Dino has one rule. No commitments. Not now, not ever. That is until he meets his match when he finds his new next door neighbor lounging on his dock in the middle of the night. What starts out as an interrogation ends with a round of sex that leaves them both wanting more. But when danger arrives to town and threatens Arianna and those around her, Dino could be forced to reveal his secret he has worked hard to keep hidden.

Can Dino and Arianna keep their friends with benefits relationship or will the danger chasing Arianna strengthen the bond between them?