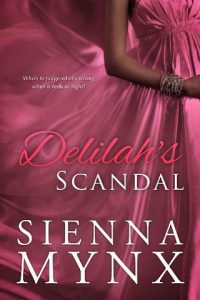 It isn’t the first lie or the last that gets you caught up in a scandal. It’s simply the lie. However, what I’ve learned is the attempted cover-up can bring about the most unexpected results—like love – Delilah Denise Montgomery

My husband lied to me. He’s not the only one. My mother, friends, even my own doctor have all lied to me since I was ten years old. That’s where my shame began, not with the murder of the past but with the lie. And now it’s all a mess. I should have never married into a family of emotional abuse, exploitation, bribery, manipulations, and greed. I should have run like hell the first time I met Charles Montgomery. Who is he and what are the Montgomery’s? Think of the Rockefellers with the face and charm of the Cosby’s. The Montgomery’s are one of the few black surviving families with generation wealth over 200 years old never touched by systemic racism and institutional bias descendants of slaves have suffered under.

The Montgomery’s are not descendants of slaves but freedmen and women in this country who have made a fortune and gained political prominence under the control of their matriarch Mother Abigail Montgomery. Now, Charles, my husband is dead. And yes what you have read in the press is true. I was inseminated with another man’s sperm. And yes, my son is not a Montgomery heir. All of it is true. But I’ll be damn if I just walk away. Because I have a bigger truth, one that will bring Mother Abigail Montgomery to her knees. You want to know the truth about this town and the lies. Here, let me share it.