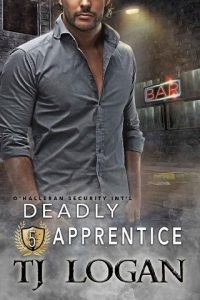 His scars are a gruesome reminder of why they all must die…
To purge the terror from his past, a madman sets about punishing innocent victims for the crimes of another. Each death brings him one step closer to his ultimate target. Will he make it through his list before his secrets are revealed?
A former cop learned playing by the rules gets people killed…
Mathias O’Halleran gives up his career as a cop after an innocent child dies on his watch. He goes to work for O’Halleran Security, where red tape and bureaucracy never get in the way of justice. When military heroes who served their country with honor disappear and turn up dead, he’ll do whatever it takes, cross any line to take down the person responsible.
A renowned forensic pathologist holds the key to bringing down a murderer…
Dr. Beatrice Rose Parker was a solitary child with a love of books and science. She has dedicated her life to giving voice to the dead and closure to their families. Beatrice faces the biggest challenge of her career when the mutilated remains of five heroes are found buried.
Can Beatrice piece together the forensic puzzle before the killer moves to the next name on his list? What will Mathias do when his father unintentionally becomes the only obstacle between the murderer and his freedom?