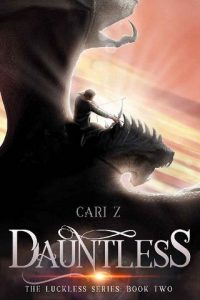 Evan Luck is a dragon rider who, after years of thinking he’d never bond with another one, now has a dragon again. His empathic connection with the powerful silver dragon Ladon, known in his human form as Lee Caldwell, has made them the most valuable defenders of the city of Forge against monstrous invaders. The fact that they love each other and dote on Lee’s ten-year-old son, Jason? Those are blessings Evan never saw coming. He knows life is good…even as he realizes that the world is becoming more dangerous by the day.
With monsters leaving the mountains of the Front Range to roam the plains for food and the influx of refugees to Forge increasing by the day, Evan has his hands more than full defending the city and training new recruits to fight. When Jason, desperate to bond with a dragon of his own but continually refused by the dragons of Forge, begins to lose control of himself, Evan and Lee make plans to do the unthinkable: leave Forge to fend for itself and take their son to Chicago, the nearest human and dragon stronghold to their own city.
But Chicago has its own terrors to deal with, and their last hope for Jason’s future might be lost before they can save it.