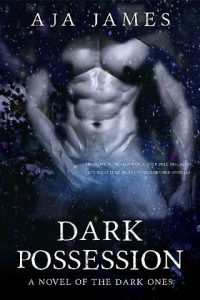 Alend Ramses is not who he seems…

The first-ever Dark King, the most powerful vampire ruler in the world, was once the lowest of the low. A slave who became a Consort who became a King…he’s lived long enough to learn from his mistakes and never repeat them.

The Pure Ones’ Seer and Scribe is an intellectual female with hidden depths, which no male across time has come close to uncovering. She is certain that Ramses is no different; she knows what she wants, and he is exactly opposite.

But she doesn’t know everything.

Pulled into the Dark Ones’ dizzying world of intrigue, violence and mayhem, the meek little “librarian” shows her steely backbone and holds her own. By all appearances, she is one of the Dark King’s possessions, a symbol and portent for a potential future as tensions between the Dark Ones and their enemies run high.

Appearances can be deceiving.

Can Eveline work with Ramses to steer Destiny in the right direction, or will history once again repeat itself toward a bloody, oppressive end?