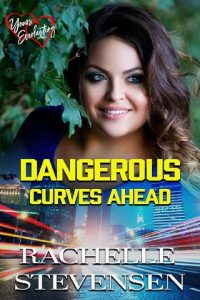 Steele Reynolds was a loner until he became a Navy SEAL, and his platoon gave him the family he’d never had. When he retires with honors, he’s left floundering-until his platoon brothers have an idea. A security company. Still, something was missing. A girl to call his own.

His team is on-site to save the day when the bank they’re protecting gets robbed. It’s all in a day’s work, but then he gets a letter from someone he saved. Unable to help himself, he reads it over and over. This is his girl! Except she didn’t tell him who she is. All he has are her first name, her initials and the address of the bank.
Will he be able to find her? Or is she just a fantasy?

Rickie Daniels has been invisible her entire life. It’s not because of her curves, but because she’s hopelessly shy. When the bank she works for is robbed, the security team stops it. But it’s their leader she is drawn to. She’s seen him several times, and secretly wished he’d see her, too. Compelled to contact him, she sends him a thank you letter for his hard work. She never expects him to come find her. But he does.

Can he handle her curves? Or is their love just a dream?