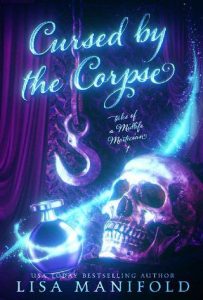 When it comes to the funeral home, they’re dying to get in… I hope I’m not next.

When newly widowed Janey Whithaven receives a call in the middle of the night to retrieve the body of Montpier’s most recently departed, she’s caught off guard. Her husband isn’t even cold in his grave but as the only funeral home left in this part of Lake of the Ozarks, she really doesn’t have a choice. Janey thought she’d have time to grieve and figure out what to do with the family funeral home. She never imagined being asked to step into her darling Norman’s loafers only a week after his death.
Compounding her grief and sudden promotion to head mortician, Janey is shocked to discover her very first client is none other than Victoria Jones, her nemesis from way back in her beauty school days. It doesn’t take long before Janey discovers that maybe Victoria’s death wasn’t the accident the sheriff deemed it. And when Victoria’s ghost appears at the foot of her embalming table, it’s clear that there is something else going on in Montpier, and that something includes murder.
Unwilling to ignore a miscarriage of justice but unable to tell anyone that she’s now seeing – and talking to – ghosts, Janey embarks on her own investigation. This opens her eyes to another side of Montpier, where power-hungry covens have raised infighting to an art form and she’s learning that the town’s fabled history is more real than just a campfire ghost story. Nothing would please Janey more than to see Victoria laid to rest once and for all. But unless she uncovers the truth of Victoria’s death, neither of them will ever be at peace.
Janey never asked for this. She sure isn’t ready for it. But as Norm used to say… Death doesn’t care whether you’ve done your hair.