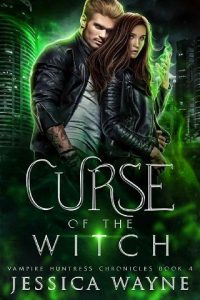 Her death was just the beginning.

Two years trapped between the living and the dead would make anyone jumpy. But soon Delaney realizes the shadows surrounding her are more than light casting shapes upon the wall. Someone is hunting her, and they won’t stop until she’s back in the ground.
Cole left his heart in an alley two years ago when he walked out covered in the blood of a hunter he would have died to protect. Now that she’s back from the dead, he’s determined to keep his distance. After all, if he lost control once it could happen again.
When Delaney’s life is threatened, Cole knows he can’t ignore the call. Even if answering it could mean death for them both.