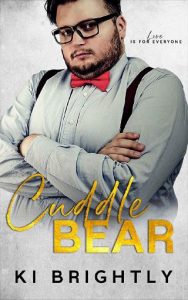 The Shy Assistant
Maurice Baranov III has more feelings than he should for his boss, Mr. Guidry. He watches over Mr. Guidry as part of his job, and Maurice has given up on trying to keep his feelings in check, even though he hides them. Maurice doesn’t think of himself as the type of guy who gets a happy relationship. The last man he dated got angry when he started trying to lose weight. With all that past baggage, he can’t imagine pursuing Mr. Guidry, so he is left with one option—forever wishing he could be with the man he loves.

The Clueless Boss
Fenwick “Wick” Guidry comes from a long line of businessmen who are good at keeping their work and homelife separate. He is failing miserably at upholding the tradition because he has been unable to think about anyone except his assistant.

One Vicious Prank
After accidentally upsetting Maurice at the office, Wick invites him out for drinks to apologize. They meet up with Maurice’s cousin Lacey, who is having troubles of her own. Wick and Maurice promise to help her pull a prank on Edgar—a guy from their office who is annoying her—by agreeing to go on a double date. Who wouldn’t be shocked to arrive on a date and find their boss waiting? Will Wick be able to transform his role of fake boyfriend into a real relationship? Or will he be too scared to take the next step with Maurice?