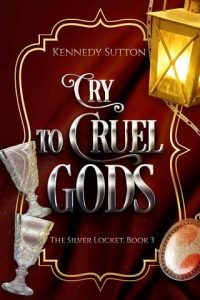 After a narrow escape from disaster’s cold grip, the battered crew of Sneaky Lass have paid a hefty price, one that weighs on them fiercely. None more than Bennett Holt.

Torn between two loves; his ship, Sneaky Lass, and the enigmatic Jane Ables, Bennett is forced to face who he is as a man when he is not wearing the mask of a captain. A man so mired by the past that he has only ever looked back through the bottom of a bottle of liquor.
Trust does not come easily for the guarded Jane Ables, a lifetime of abuse has locked her emotions down tightly. Bennett is the one person who has the power to coax them free of her, if only she didn’t see ghosts from her past writhing within him.
Playing the part of captain and sailor by day, in the shadows of night they can lay their secrets bare as they attempt to unravel the emotions that swim in the tumultuous waters between them.
But a pirate’s bounty is not built on tales of love and loss, and life aboard Sneaky Lass does not pause for Bennett and Jane to figure things out.

The fury of Captain Gates builds under the humiliation of the recent escape of Bennett Holt and Jane Ables. He redoubles the efforts of his naval ship, Three Queens, to hunting them and ending his vendetta once and for all.