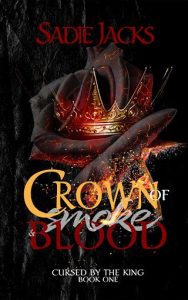 Her creator forgot her name.It will be the last thing on his lips before she kills him.

Vari’s entire life has been at the mercy of her creator. Endless experiments, torture, and training are her norm. As her last attempt to escape brings her face to face with the man who orchestrated her entire being, she plans to leave him for dead. Just as he’d taught her to do. Butwhen he doesn’t even recognize the woman she’s become, she lets him live. For the sole purposeof destroying him and everything he stands for.

Koehn—a vampire king with secrets of his own—finds Vari broken and bleeding in the middle of the street. In attempting to save her, he sets into motion a collision course betweentheir lives that will bind them together for eternity. One he’s not too sure he wants to be a part of.

As truths are revealed and passions ignited, will Vari and Koehn be able come to anunderstanding? Or will they lose everything they both hold dear?