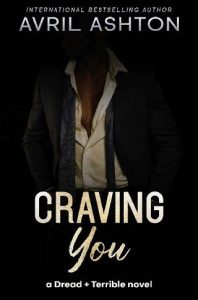 A former thief set on revenge. A younger man cut off by his wealthy family. This marriage is in name only.

Kannon Jeffers knows a thing or two about regret. Cut off from his powerful and influential family, he’s betrayed the last person he’d ever want to hurt. Now he’s alone, doing things he never thought he would for money. Focused on getting back into his family’s good graces, he doesn’t have time for anything else.
Until an enigmatic stranger blackmails him into marriage.

Preacher has been biding his time to carry out a death-bed promise. One look at Kannon and his plans shift into overdrive. Blackmailing him is easy enough, but living with Kannon, keeping secrets from him, is harder. Because despite the unflappable front he projects, Preacher has been craving his husband from the second their eyes met.

A former criminal and a spoiled rich kid shouldn’t have anything in common, but they do. A marriage neither man wanted morphs into something more as they find themselves helpless against the heat between them. It could all be real, if only Preacher can lay his past to rest without destroying himself and Kannon in the process.