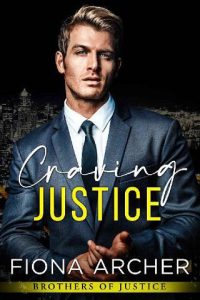 Powerful millionaire falls for the nerdy, warm-hearted daughter of his business rival.
Seth Justice plays to win. Rule breaker. Former street kid from Sydney. Now a technology mogul in Seattle. He’s negotiated the deal of his life, selling his company for a fortune.
Not part of the contract is Harper Fox, the buyer’s sweet, klutzy daughter. For an overprotective, commanding man like Seth, Harper with her charming mix of vulnerability and spirit, is irresistible.
When a hidden enemy attacks the new life Seth and his adopted brothers have built, loyalties are tested, threatening not only his developing relationship with Harper, but also the last remaining ties with his brothers. At the moment of truth, Seth must decide if the woman who unlocked his fortress-like heart is his enemy’s accomplice.
After a lifetime of disappointing her cold, judgemental parents, Harper created a new family with close friends and her cafe’s eccentric staff. She’s content-ish in her safe, boring world.
That is, until Seth, with his panty-melting Aussie accent and masterful stare entices her to take a chance–on him. Seth’s confident, take-charge attitude awakens a need in Harper that leaves her hungry for more.
When she finds herself in mortal danger, will the man she’s trusted with her heart believe in her?