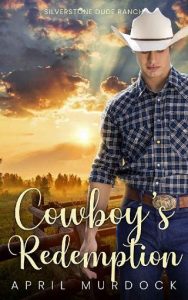 A scam, a fake marriage, and broken hearts.

Charlotte wants to make her own decisions. She longs to be in charge of her own life. She’s trying desperately to not be forced to marry a man she doesn’t love. It’s a battle she’s losing. Her parents believe in tradition and in their royal world daughters do as they’re told without question or complaint. Royalty marries for connections, not love.
Pete’s in Texas looking for his next mark. His next golden goose. Just when he thinks the small town might not be as ripe with wealthy women as he’d thought, he overhears a conversation that will help him stick to his original plan. He sets his plan into motion as he learns all he can about the woman who just might be his most lucrative conquest ever.
When Pete and Charlotte meet, she feels comfortable enough to pour out her heart. It’s a skill he’s perfected – reel them in with compassion and quiet confidence. And just like that he’d offered to allow her to pay him to become her fake husband.
Falling in love isn’t in the plan for either of them and they’ll fight till the bitter end to keep love out of their lives until this arrangement is over.