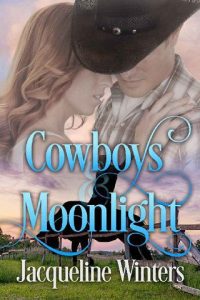 A rodeo star returning home, his first love he left behind, and their second chance at love.
There’s nothing Abbie Bennington despises more than the rodeo. Except the man who chose it over her.
It’s bad enough that the rodeo has come back to Starlight, but why did it have to bring with it the bull rider who broke her heart?
To make matters worse, Abbie’s dreams of someday running the Starlight Gazette could very well rest on her willingness to complete her most important assignment to date: an exclusive interview with Starlight’s hometown star, Logan Attwood. Only problem is, he’s refusing all interviews.
Logan Attwood burned more than a few bridges when he decided to go back to the rodeo life after a notorious bull, Tornado, nearly killed him three years ago. He’d never wanted to hurt Abbie by leaving, but he’d been forced to make a choice she didn’t understand. Now that he’s back in town for a week and staying with her brother’s family, he’s determined to win her back. Even if agreeing to answer her interview questions in exchange for spending time together is the only way he has a shot.
He’s never stopped loving her. But earning her forgiveness might be harder than winning the title. Logan’s never been afraid of a challenge, but with Abbie, he may have met his match.