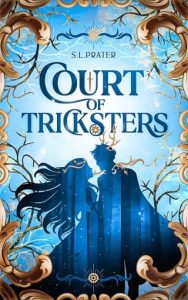 Mating is a matter of politics for Night, not the heart. To prevent a forced union that will plunge the Lunar Court into war, he must find and bond his true mate.
When he lays eyes on Rain, he knows the shy forest witch is the bond mate he’s been searching for. Unprepared for the intensity of his attraction, Night makes an offer that would keep his priorities straight and his court safe: a marriage of convenience. Any eligible woman—mortal and immortal alike—would leap at the chance to become the powerful duke’s bride.
But Rain isn’t interested.
She’s lived outside of society too long to ever fit into Night’s world of shapeshifting tricksters and back-stabbing politicians. And Rain demands more than the trappings of marriage. She wants a match with heart.
Night doesn’t have the luxury of time to change his mate’s mind. War looms closer and the Lunar Court is caught in the middle. Out of options, the fae duke sees only one choice.
Kidnap his bride.