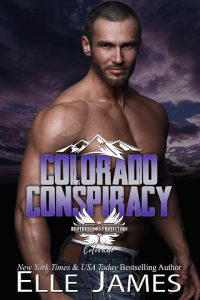 Green Beret Lorenzo “Enzo” Ramos is highly trained in mountain and arctic operations. He made a mistake early in his Special Forces career by falling in love with a general’s daughter. They had a passionate, short-lived romance that ended when the general’s daughter told Enzo she didn’t want to see him anymore.

For Gabrielle “Gabby” Ryan, her passionate affair with Enzo left her pregnant. Her father, the general, threatened to have Enzo kicked out of Spec Forces if Gabby saw him again. She broke up with Enzo to save his Army career. Years later, Gabby’s father is murdered, and her four-year-old son is taken and held for ransom. Her only hope is her son’s father.

Gabby reunites with Enzo to save the son he didn’t know he had. As they race through the rugged Colorado Rockies to find their boy, they discover a plot that endangers so many more and a love that never died.