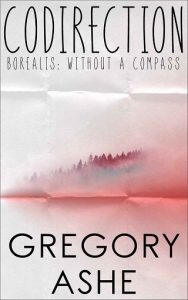 They killed a girl to keep their secrets. They won’t stop there.

A new home, a fresh start, a chance to do things right this time—and Shaw and North are determined to make it work. But the night of their housewarming party, things don’t go as planned. A reporter arrives, wanting to talk to North about his ex-husband, his father, and a criminal syndicate. No sooner have they gotten rid of her than another unwanted guest appears: a street boy named Nik, whom Shaw met months before, begging them to help him find his missing friend, Malorie.

Retracing Malorie’s steps, North and Shaw learn about the dangerous demimonde of runaway teenagers. Their investigation takes them into the path of men and women who have learned to profit off the suffering and abandonment of children: shelters, clinics, labor brokers, and pimps.

Meanwhile, North’s Uncle Ronnie is set on revenge, and his target this time is North’s father. As North struggles to track down Ronnie and put an end to the danger, he finds himself considering a deal with the devil, and the offer might be too good to pass up.

When North and Shaw find Malorie’s body, evidence suggests she was murdered—and that her death is connected in some way with a truck stop halfway across the state. But as they draw closer to the truth, the danger grows. The people who killed Malorie have the Borealis detectives in their sights, and North and Shaw must race to save their own lives before the killers can strike again.