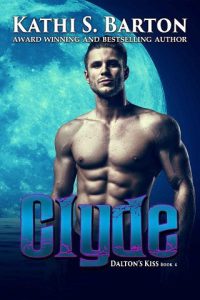 Gracie had just lost the one person that meant the most to her. Craig, the ancient vampire that had raised her. He wasn’t just a father figure. He was her best friend. Now, she had been shot too, but she would honor his final wishes, find Bancroft, the king of the vampires and go to him. She wasn’t a vampire. She was so much more. The problem was that Gracie trusted no one.

As soon as she was around him, Gracie knew that Clyde, an ancient vampire, was her mate, but she was in no hurry to tell him. She had to deal with Bancroft first. The one responsible for Craig’s death was plotting to kill them all.