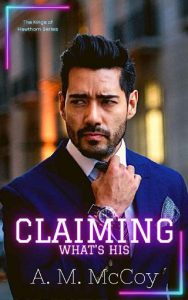 Ten years ago, I was eighteen and cut off by my family for breaking up with a boy that broke my heart. A boy that I’d been dating for ten years, who just happened to be from one of the most prestigious families in all of New York.
My parents tried to blackmail me into begging him to take me back, but I’d refused, so they chose power and their snobby social circle over me. And I’d been on my own, barely able to survive for the last decade as a result.
But that was all going to change, because I landed the job of a lifetime, and I was finally going to claw my way out of the sewers of New York City and make something of myself.
At least, that had been my grand plan until I walked into my new boss’s office and found out that the alpha billionaire that ran the incredible empire I’d been so eager to join, was no other than the boy that I never got over.
And not only did the electricity still burn blindingly bright between us, but it turned out I was still incapable of turning him down when he said things like, You’re Mine.