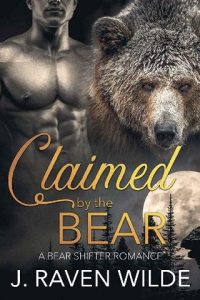 Misty was still trying to figure things out with her boyfriend, Lyle. She knew what she didn’t want—him reminding her how alone she truly was. When he finally opened her eyes to his true nature, she decided to get as far away from him as possible.
Tate knew something was missing in his life but didn’t know what it was until he ran into Misty. Both he and his bear were quite smitten with her, but she was timid and he would do anything to protect her.
With Misty settling in and getting to know the townspeople better, including Tate, she finally starts to forget about her ex—until he shows up. Will Tate be able to protect her then? Will she accept him once she learns who he truly is?