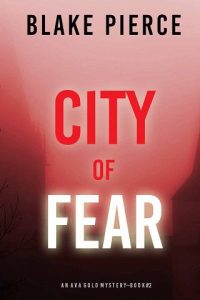 In the rough streets of 1920s New York City, 34 year-old Ava Gold, a widower and single mom, claws her way up to become the first female homicide detective in her NYPD precinct. She is as tough as they come, and willing to hold her own in a man’s world.

When a 16-year-old girl from a wealthy Fifth Avenue family is found strangled, murdered on the eve of her society coming-out party, Ava, 1920s New York City’s best female homicide detective, is called in to find the killer. She quickly learns that psychosis is pervasive even amongst the glamour of high society’s wealthiest families.

Determined to find justice for the girl—and to stop the psychotic killer from killing again—Ava pries into the dangerous rings of powerful high society, finding herself threatened as she is singled out by a tycoon. Fighting for her job, trying to stop a killer, and finding herself in an unexpected romantic relationship, Ava finds herself in the battle of her life.