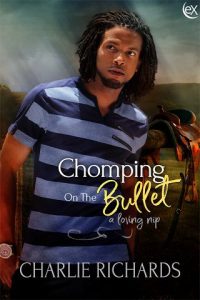 After being kicked out of his parents’ home at the age of fifteen due to being gay, Tony Harsnen always felt grateful that his older brother, Jerome, took him in. That’s what had urged him to work uber hard to make his own way. The last thing he wants to do is run back to his brother when he has a problem. Unfortunately, Tony has to put his pride aside for the needs of a friend.

When Tony helps his best friend, Shellie, escape her abusive ex-husband, he should have known that wouldn’t be the end of it. After the controlling bastard discovers Shellie is pregnant, he comes after her. Tony knows he can’t keep Shellie safe on his own, considering the man’s extensive network of just-as-abusive friends. Tony flees back to his brother’s side.

Tony is surprised to learn Jerome is in a relationship with a guy, but that’s not the biggest shock. His brother is living on a ranch…full of vampires. Not only that, but the second-in-command of the vampires, Kellan Harlon, expresses an interest in him. While Tony’s first instinct is to run, he resists. Shellie needs him, and Kellan and his vampires can keep them safe.

Will Tony give in to Kellan’s seduction before his need to bolt overrides his common sense?