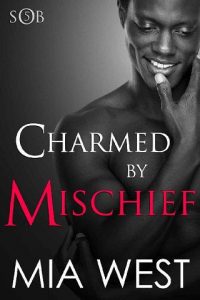 A restless rogue. A virgin with a secret.
Sometimes fate demands a little shift in perspective…
Safir has a life most men would kill for.
Adventure! Glory! A different partner in his bed every night! …Until his coin runs out.
Which happens with alarming regularity.
But he’s not the sort of fellow to save for the future.
Especially if it’s unlikely to involve the proud but shy giant he’s never managed to seduce.
Nearly broke and with a long winter stretching before him, Safir’s only amusement is collecting trinkets for the clever magpie that visits his chamber each night.
+
Morien has a plan most men would laugh at.
He wants a peach orchard, and he’s willing to wait for a man who can give him one.
Which, granted, hasn’t happened yet.
But he’s not the sort to give up his dream—or his virginity—for just anyone.
Especially a charming rogue of a sell-sword who thinks only of the present moment.
No matter how many shiny baubles the scoundrel might bestow upon him.
+
But when he finds himself stranded at a remote farm with Arthur’s men, Morien realizes that tempting Safir with his virtue might be his best chance of hiding his other secret.
The one whose exposure could endanger his kind, challenge Arthur’s bond with Bedwyr as nothing else has, and scatter the men of their inner circle like seeds before a storm…
…or drive them ever closer to a destiny written in the stars.