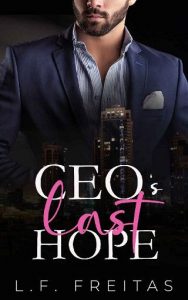 To have a child was my late wife’s biggest dream. After her death, making that wish coming true became my ultimate goal. I just needed to find a woman willing to help me fulfill it. In exchange for a great amount of money, it wasn’t that hard to find someone as a surrogate belly.
When Luciana appeared, my first impression was that she was only interested in the money. In fact, it was what motivated her to accept my proposal. But there was something in her and in her unconditional care for her small daughter that told me her motives little had to do with greed, but with love. Like me, she also had scars in her soul, had also lost someone she loved and was looking for some way to starting over.
Luciana, her daughter, Lara, and I were three broken people united by another little one who was beginning to be born. And by a feeling that began to grow in me and shouted to the world that I couldn’t live without them both.