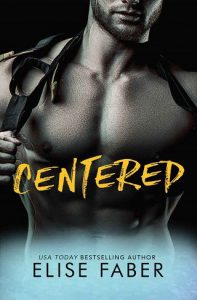 Liam Williamson was a legend in the NHL.
Or rather . . . his family was legend.

He was the least talented of his family of hockey players—with his father and two older brothers seriously outplaying, outscoring, and out-succeeding Liam’s limited achievements. He’d been traded to four teams in as many years and it was widely accepted that his career was nearly at an end.
Now he was with the San Francisco Gold, barely on the lineup and just waiting for notice that he’d been scratched from every game. His trade to another—and probably final—team was imminent.

That was that. He was embracing the fact that his playing days were over—
Then he met Mia. She was funny and sweet and the most beautiful woman he’d ever laid eyes on. Unsurprisingly, Liam had fallen and fallen fast.
But he was about to be traded and Mia lived in San Francisco. Her life was there . . .
And how in the hell was he going to leave the woman he loved?